Save money
View our offers 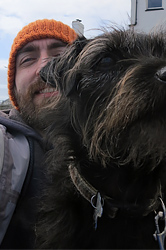 I graduated from Cambridge in 2009 and since then have worked entirely with pet animals. I received my Certificate in Advanced Veterinary Practice in 2015.

Originally from Glasgow, I spent a couple of years living a nocturnal lifestyle at an emergency clinic in north Manchester and I have now come back to the sunny (or at least rainy) south. I have been at Moor Cottage since September 2017 and am pleased to be part of the great team here.

Outside of work I have a scruffy little mongrel named Tess who enjoys finding new ways to get herself into trouble. In my spare time I run.