Maisie is a lovely little cat who was brought to Moor Cottage Veterinary Hospital early November due to having not eaten or drank anything for around 3 days. A blood test was taken and she was placed on a drip to rehydrate her. A drug called Mirtazapine was given to try and stimulate her appetite. A small amount of food was eaten but not as much as we would have liked so Maisie had an ultrasound. No masses, foreign bodies or obstructions were found. A Microlax enema was given to try and aid defecation as this can be very uncomfortable for any patient. 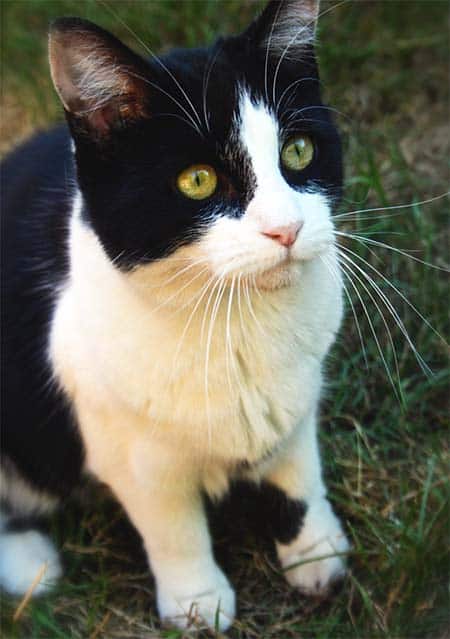 Maisie went home after a couple of days to see if she would eat at home in a stress free environment. She was seen back for a recheck appointment where she had been doing well at home however that night again she stopped eating and began hiding away. She also presented with pyrexia (high temperature). Medications were dispensed for her to continue at home.

Unfortunately at Maisie’s next recheck a further few days later, she was admitted again. White bloods cells and platelets were now high and her bloods also showed pancreatic lipase as high, indicated pancreatitis (inflammation of the pancreas).

Radiographs and an ultrasound were again repeated incase of any changes. NO change was reported therefore one of our veterinary surgeons spoke to a referral medic at Eastcott Referrals about Maisie’s symptoms. Maisie was later transferred to the referral centre. Further tests were carried out such as further bloods tests and a faecal sample, which all came back as negative. An oesophageal feeding tube was placed in order to provide Maisie with adequate nutrients whilst she was inappetant. Maisie remained at the referral for a couple of days and then discharged, her owners were shown how to feed her via the feeding tube.

Maisie was seen back at Moor Cottage following her stay at Eastcott where her owner reported her to be doing well at home and finally EATING! Her feeding tube was removed around 14 days later by one of the nurses; she had put on weight and was doing very well at home.

Although there was never a clear diagnosis for Maisie even by Eastcott, a non-specific viral infection was suspected. We are all so pleased to hear that Maisie is doing well as she was such a lovely patient to have here.